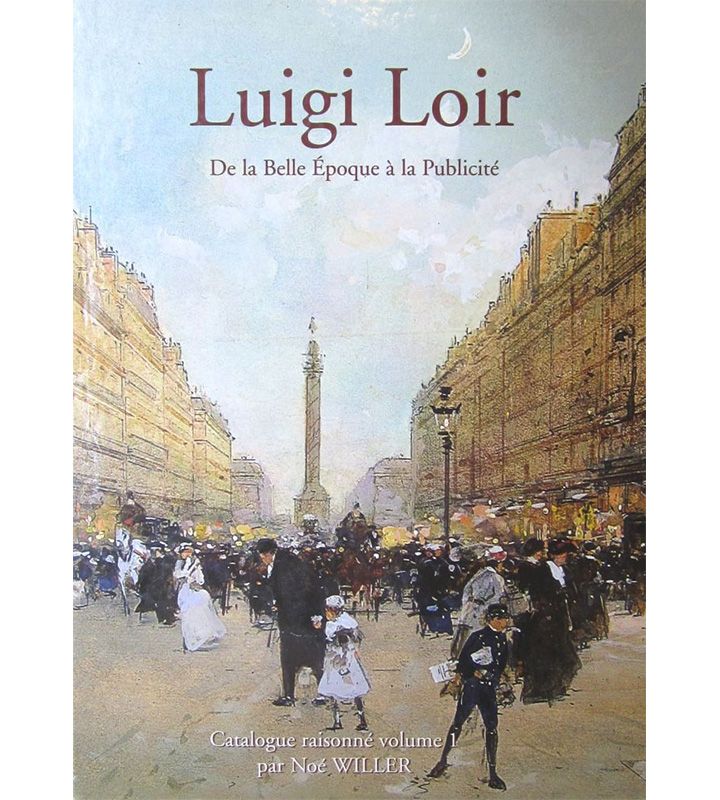 He began his first formal art education in 1853 at the Beaux-Art Academy of Parma. Upon finishing his studies in 1865, Loir had his debut in the Salon of Paris with " Paysage a Villiers-sur Seine" for which he received the highest acclaim. Loir then enrolled into studies under Jean Amable Amedee Pastelot (1810-1870) to become a mural painter. He became a very popular ceiling and mural painter. One of Loir's first commissions was to paint the murals and ceilings at the Chateaux du Diable in 1866. In 1870, he was commissioned into the military to record the battles of Bouret. Loir concentrated exclusively on painting views of Paris. In these works, Loir caught and expressed the many faces of Paris, at all hours of the day. Though some thought him excessively methodical, he was undeniably endowed with exceptional powers of observation and craftsmanship. It was because of his work during this campaign of 1870, that Loir was elected to be the official painter of the Boulevards of Paris. This boosted his career and reputation. In 1879 in was awarded the Bronze metal from the Exposant Fidele des Artistes Francais. Loir was also elected into the Legion of Honor in 1898.