Marcel Dyf's family lived in Paris, but he spent his childhood holidays in Normandy at Ault, Deauville, and Trouville. The artistic climate to which he was exposed in Paris and in Normandy was crucial during his youth, as innovative ideas and new thinking, born of the Impressionist and Post-Impressionist movements, formed ever widening circles of influence in Europe. Swept up in the atmosphere, Dyf decided in his early twenties to give up his career in engineering and become an artist. Throughout these years Dyf principally painted in three areas: Brittany, Provence, and the Ile de France, although he also travelled in Morocco, Venice, the United States, Holland and England. His artistic legacy will be a lasting one; he painted the landscape of France with an intensity of feeling that entirely matched his personality and with a vigour that never tired. His life yielded a rich harvest of work whose quality, once established, did not dwindle in his later years. His art is youthful, yet traditional, with a sensational use of colour. His paintings give an outward appearance of being simple, undemanding compositions, but the process of creating them was exactly the opposite - it was complex, rigorous, disciplined, considered, measured. The final effect, though, is to produce an art form that is so disarmingly uncomplicated that it remains, as the artist wished, accessible to all. 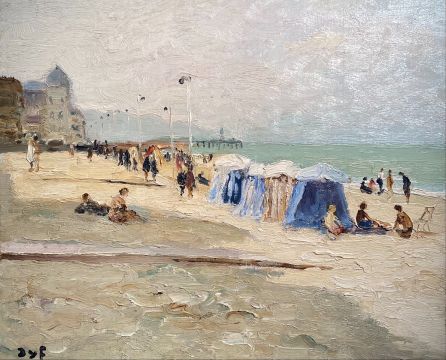 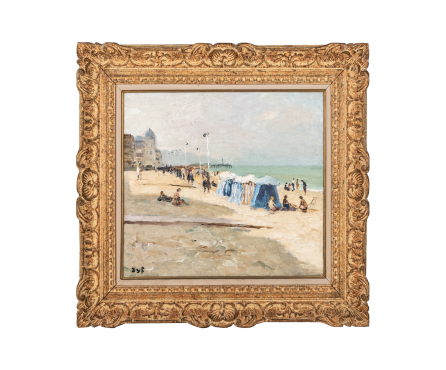 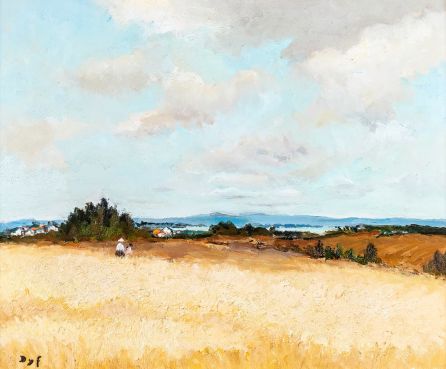 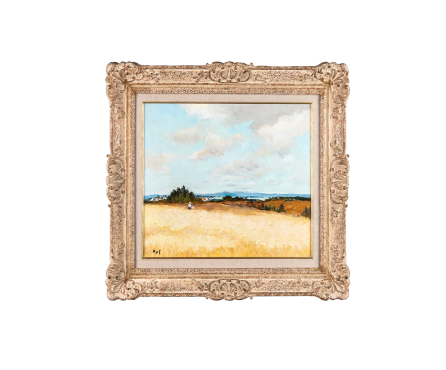 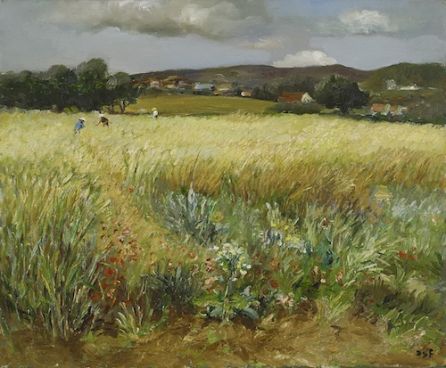 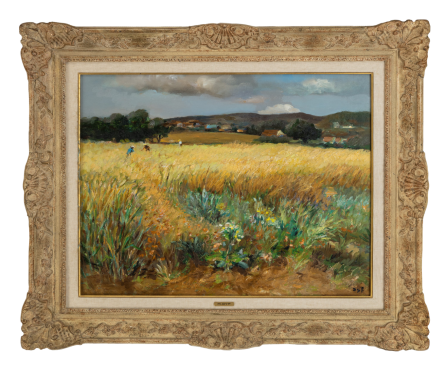 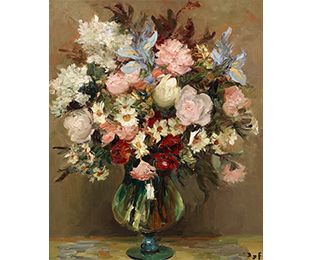 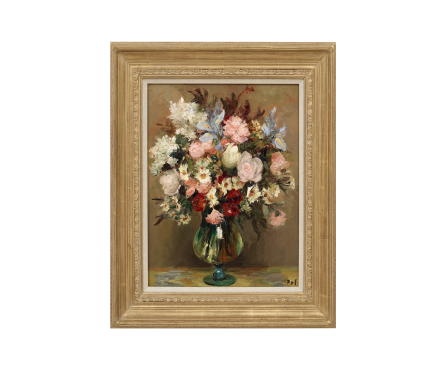 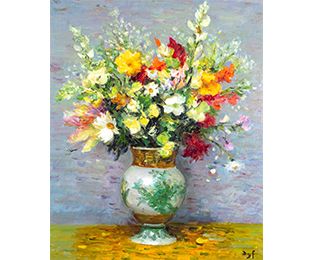 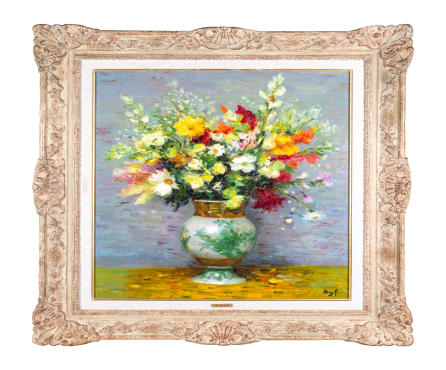 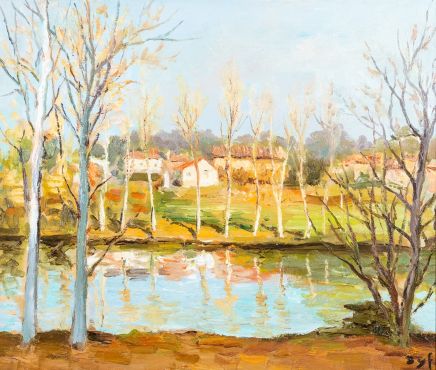 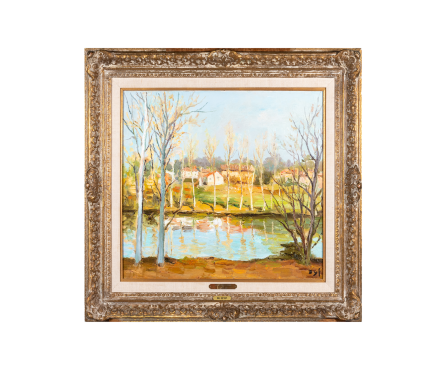 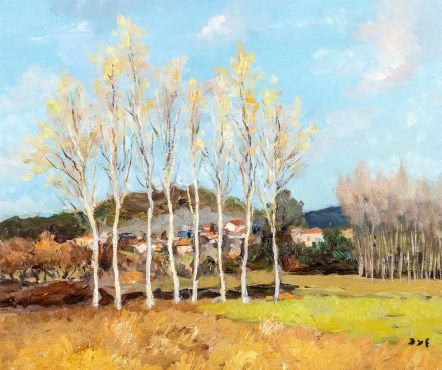 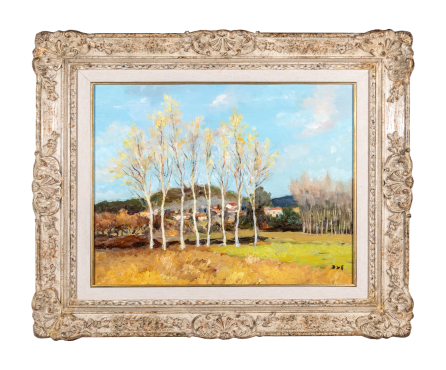 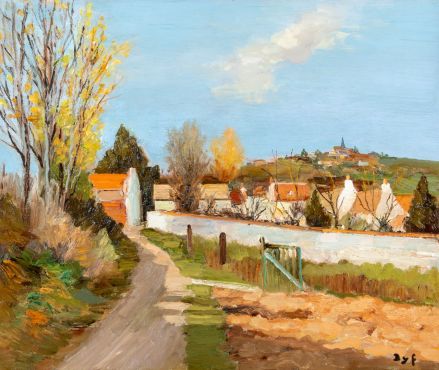 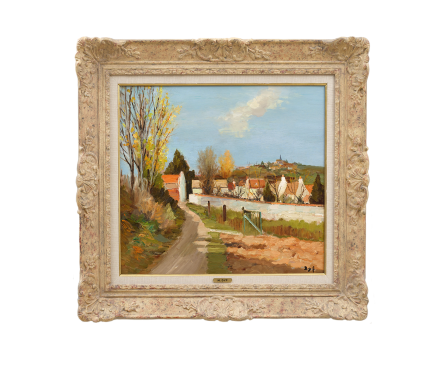 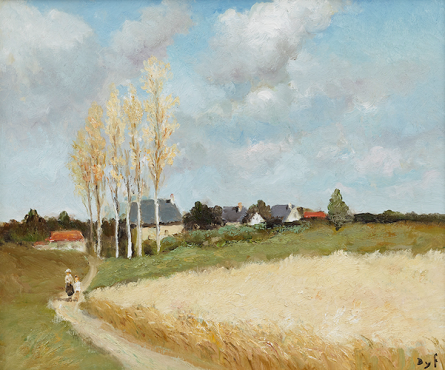 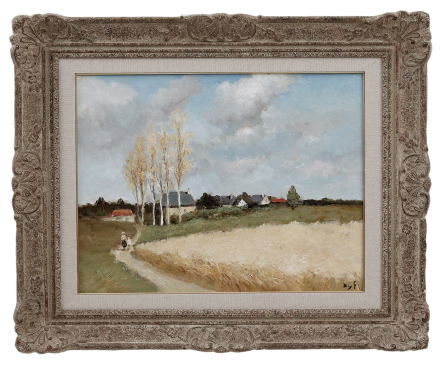 Marcel Dyf
Stroll Through The Cornfield 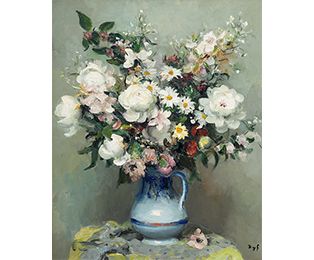 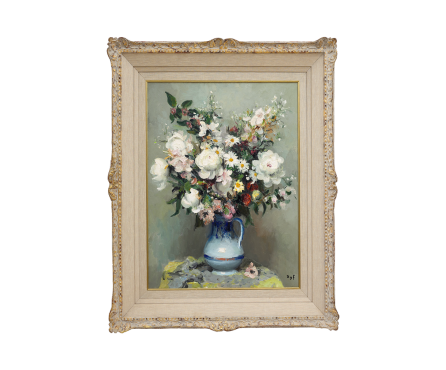